Finally, after some searching, I am enrolling Kimi into a nursery nearby my house. Today I took half day leave from work to go to the nursery to do Registration for him and to pay the fees. This is the second time I am visiting the nursery. After spoke to the Principal, after discussed the things they need to pay attention to, she wrote me a list of things need to prepare to bring for Kimi.

As this is not the first time Kimi enrolls into a nursery, I have some previous experience on what need to prepare for Kimi. Since I was on leave, so without wasting the day, I went to shop for Kimi. Now left with one mattress needs to buy. Wait for his Daddy to buy together with me... 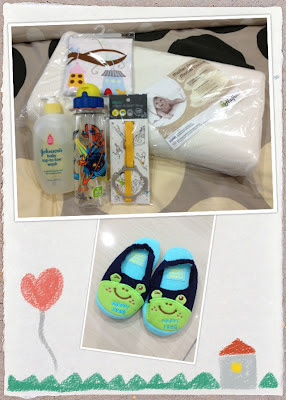 Before I left the nursery, the Principal asked me, "Mrs. Ong, what would you like to see the growth in Kimi?" I replied to her, "Very simple, all I want is Kimi to be a happy boy always!" 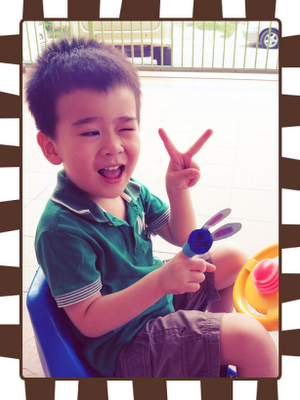 Hope that Kimi can get used to the new environment very soon. The drama which I had on last year when he first started his nursery's journey, I sincerely hope that it won't be repeated! I really wish he can adapt to it soon ~

Email ThisBlogThis!Share to TwitterShare to FacebookShare to Pinterest
Labels: Kimi's Growing Up ~

21st July 2012: We saw a banner hanging at the Raintown Plaza on this newly opened Japanese Restaurant on 16th July 2012 when we drove out to eat breakfast. I was quite curious over it and casually asked Hubby.... "Dear, do you think this kind of restaurant can survive in Taiping?" He looked back to me and showed to me a face with no answer. Well, as usual, this is not the first time so I am quite used to it... Hehe!

Anyway, whether can it survive long in Taiping or not, it is still too early to give it a verdict now. But it actually manages to attract us to visit the restaurant on that night itself for our family dinner. 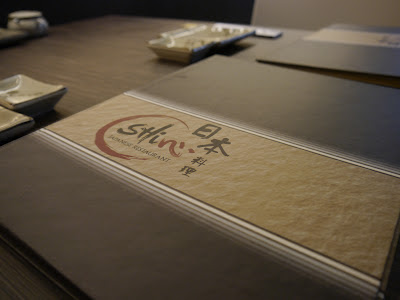 I think this is the first Japanese Restaurant in Taiping (excluded Sushi King).... As the banner says, it was opened recently on 16th July 2012 ~ When we stepped into the restaurant, we were greeted by a group of waiters who do not speak to us in Hokkien. Well, this actually surprises me. So, after some casual conversation, we get to know that they are mostly not locals (Taiping lang).... but are from Ipoh. Even the Boss is also from Ipoh as well.

We flipped through the menu. I think the pricing are almost the same or slightly cheaper as you dine in KL (at similar type of Japanese restaurants) such as Sushi Zanmai. For those who stay in Taiping and if you do not want to eat 'Kai See Mee' all the time, perhaps can consider to give it a try ^^ Hehe!! A new dining experience in Taiping ~ 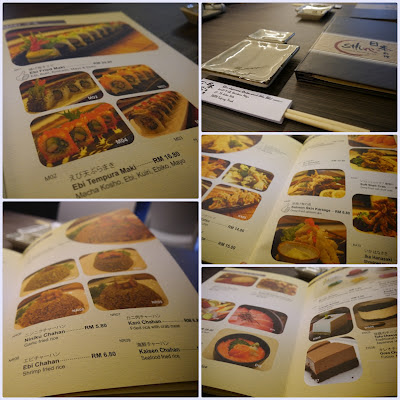 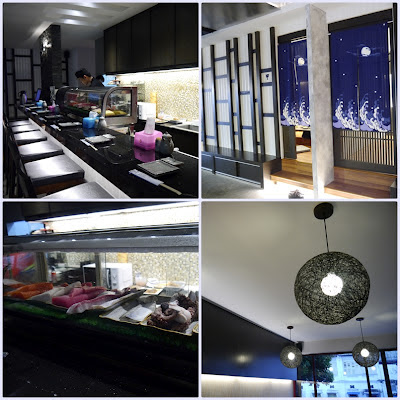 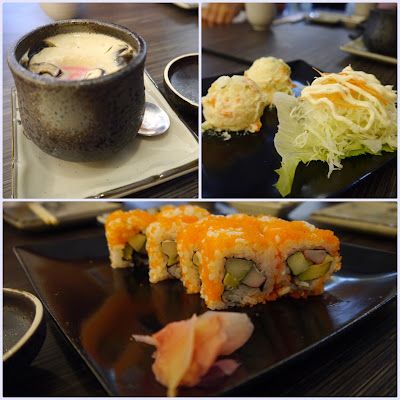 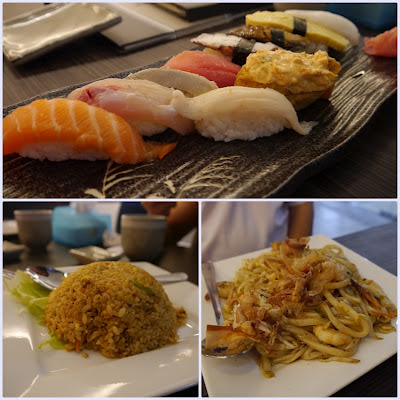 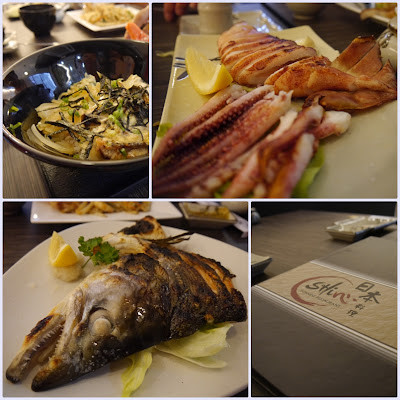 The meal above costs us around RM150++ (if not mistaken)... So, if you stay in Taiping or happen to be in Taiping, will you give this restaurant a try?

Email ThisBlogThis!Share to TwitterShare to FacebookShare to Pinterest
Labels: Dining Out ~, Little Sharings ^

Finally this day has arrived... We had a very joyous day with most of our close relatives coming to join us on this day. Thank you to all of you! Wishing Kean Yap and Szu Yin live happily ever after ~ We welcome Szu Yin to our Ong's Family!

More photos are viewable at < HERE > 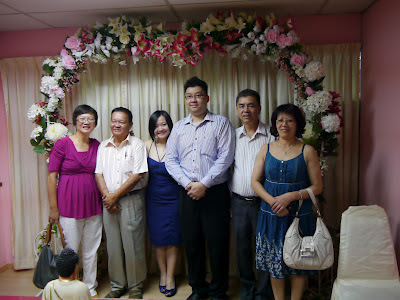 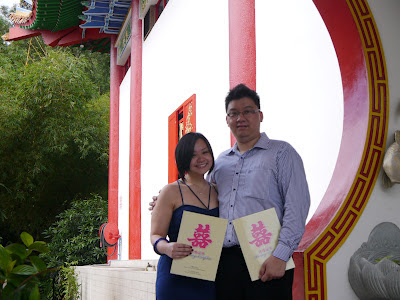 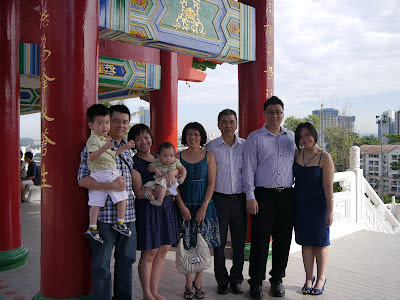 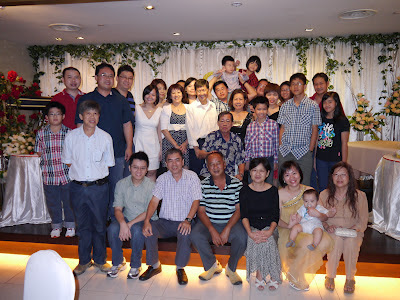 < Hubby and I @ the Dinner > It seemed like very long ago since we last took a photo of only 2 persons ~ Love this photo so much! 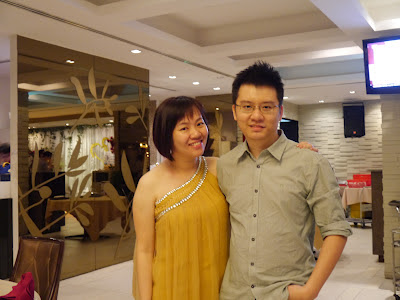 Email ThisBlogThis!Share to TwitterShare to FacebookShare to Pinterest
Labels: Gatherings Around, Lovely Families

July - A happy month which we are very looking forward to... My BIL is finally tying up the knot on this coming Saturday ~ 07.07.2012!! Although it is only a ROM ceremony, we are very excited over it and have invited most of our closed relatives to join us on this special day to share their happiness.
Of course… to Hubby, his only brother's BIG day, we must also make some preparations from our side ~

Camera: CHECKED!
Attire: CHECKED!
Food and Drinks to welcome the guests in our house: CHECKED!
Dang! Dang! Now is only to wait for the day to arrive ~ 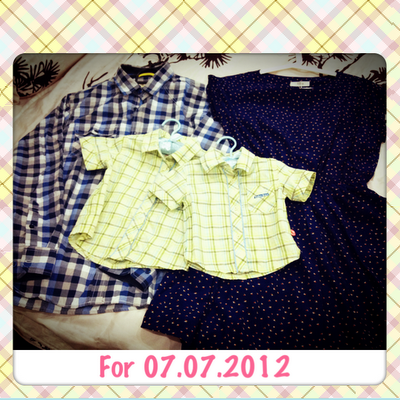 * Too bad, our beloved Grandma is not able to be with us on this very special day... She had left us in May to another place where she was going to stay there forever ~ My BIL is supposed to get married in next year. However, traditionally, if he wants to held his customary wedding in next year, he has to ROM within 100 days from the day Ah Ma left us according to the 'traditional rules' that we have in our family. Not too sure does this ‘rule’ applies the same to others, but it is ok… Most important thing is that my BIL and my SIL-to-be can live happily ever after!! Happiness Forever ~

We have invited most of our close relatives to join us on this joyous day as much as Ah Ma wishes to see. She loves to see all family members gather together and being close to each other. We are very blessed to be in this family.